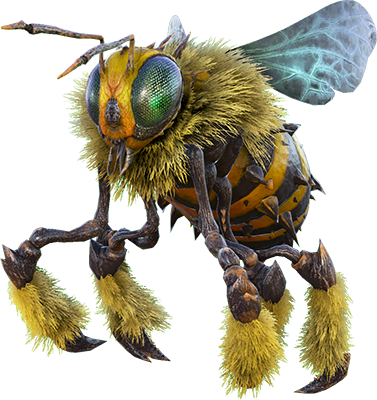 We’ve been deliberating on how to solve a few problems related to bees and beehives.  Those two problems are:

There were a number of ways to deal with this issue, but we’ve settled on just adding the beehives to the store.  Like with every other store item, and given the relative value of beehives, you will have to kill things to buy them.  The price per hive is listed below, and will also be listed in the store:

Now, you might think this price is rather steep, but given that honey is actually rather valuable, it isn’t.  It can be used to fish, and the loot multiplier for fishing it 2.5, and it is used to make the best kibble.  These two things alone make honey far more valuable than most things in the game.

This will serve as your one week notice of the upcoming change.  Implementation will be as follows:

The only way to get rid of wild beehives is to destroy them all, which will destroy tamed beehives.  Normally, this would leave your Queen Bee hovering right where you placed the hive.  Given the current bug, however, this will cause some people to lose their Queen Bees.  To remedy this, we need you to do the following:

This will occur on 25 January 2020 at around 1500 CDT, when we have the best chance of having the most people on to snag their Queen Bee(s).  Afterward, bees will no longer spawn in the wild.  If, and it’s a big if, they ever fix these two issues, we will go back to having wild beehives.