Genesis, Tributes, and Beyond 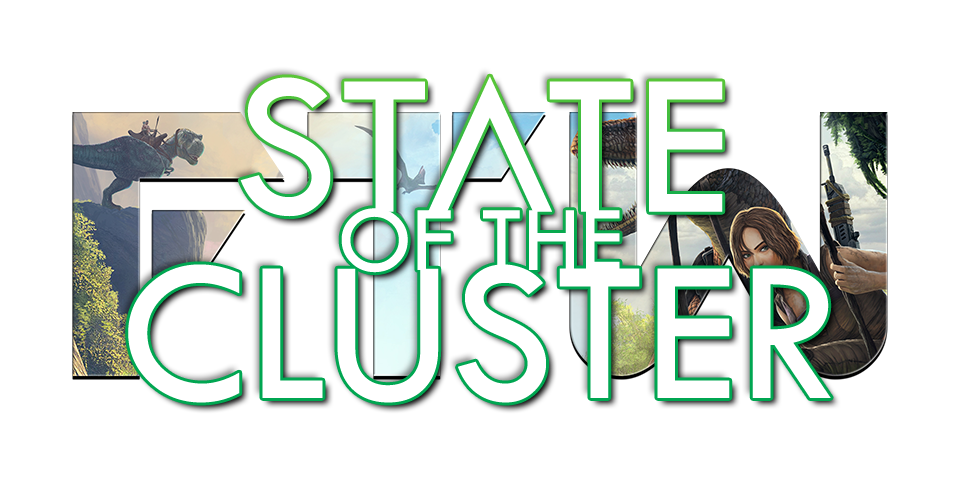 Are we all thoroughly excited for the giant turtles and flying whales?  The long-awaited DLC, may, finally be in our hands, potentially, on the 25th.  So, let’s talk turkey.

On the 25th, like always, we will set up a 75 slot server for Genesis.  You can thank both Luny, who sought greener pastures, and Gamer for providing the funds for the server.  This launch, however, will not be like the rest.  Typically we bring people over in batches with a handful of dinos and some structures on one server, while those who wish to start fresh are loosed on another.  There are some issues inherent to this process; primarily, those who start fresh wind up leaving the cluster entirely when we shut that server down, which is understandable.  So, to avoid this and to ensure that the server doesn’t instantly become a trash heap, we’re all starting fresh on Genesis.  By fresh, of course, I mean that we will only be allowing character transfers.  Admit it, you puckered a bit there didn’t you?  Envisioned cities ablaze and chaos, assuming we were going to wipe again.  This character-only period will be one-way and will last for 30 days.  So, to reiterate:

We feel that this is a reasonable compromise between those who will want full transfers and those who want to experience the map Naked&Afraid.

We’ve held off on running any events as we were waiting for some more information on all of these groundbreaking elements that were coming to the game with Genesis.  The Devs made it seem like quite a bit was being changed and added, so we didn’t want to invest a great deal of time into building arenas if they were going to bring cleansing fire with this release.  Given the state of official, it isn’t unreasonable to assume, but hopefully, they don’t burn us along with those duping heathens.  Burned to a crisp or not, events will start back up with the release of Genesis-1.  The Anniversary Event will return, along with races, mazes, obstacle courses, Dino vs Dino, and PvP events.  The best part?  We won’t be using the event server.  All of the areas will be built directly into the existing servers, so no more transferring naked and running around for 30 minutes trying to find where everything is.    If you want to participate, you show up and participate, no muss-no fuss.

As of right now, we do not transfer tribute items.  We had issues, like with the element transfers, where players were complaining and abusing the admins when their tickets weren’t being handled immediately.  Transferring tributes, then, often required an admin to bounce around the cluster in order to piece together the transfer.  If that wasn’t tedious enough, we have since compartmentalized the admins into server teams, which means now it will take even longer because two or more admin teams will be involved in the process.  I get that acquiring tributes is easier on the maps not created by WC, but we have to balance your needs against what is feasible for our volunteer staff of admins.  I’ve said it repeatedly, and I’ll likely say it more in the future, but the admins aren’t paid to do what they do.  They volunteer their time, and it isn’t reasonable to expect them to spend all of their time as admins.  So, as of this moment, we will not be transferring tributes.  If we can come up with an efficient process for handling transfers, or WC reenables transfers, tribute transfers will be a thing once more.